This is Pastor Sosthen’s church at Kiryandongo.  They have added on to it twice since we were here in February of 2016.  There were people everywhere!  And lots of kids!   The church was full. 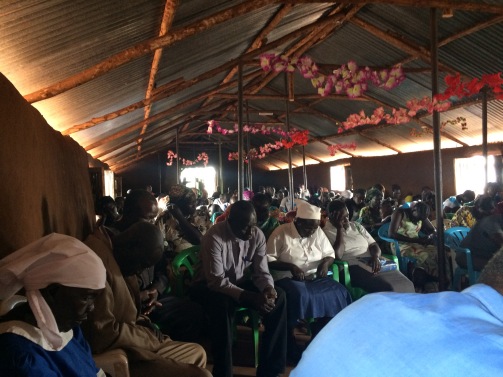 And I had more than a few onlookers over my shoulder at the window! 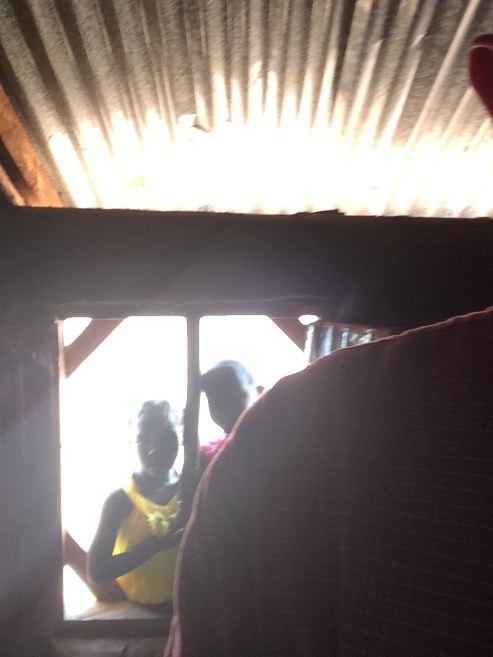 Many of the kids were excited to see the mzungu (white men).  Tom Burger preached and Pastor Sosthen interpreted.  Tom spoke about Jesus having compassion on suffering people.

Many came forward during the altar call.

When the service was over, we went to another church at the camp.  It was started about a year ago.  They have a thriving congregation that is full of the Spirit. 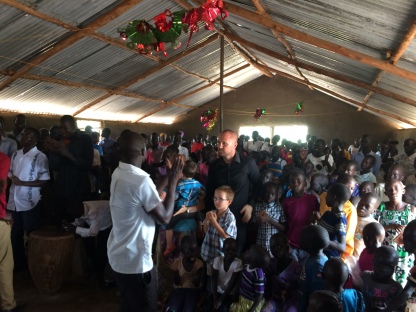 Two ladies who had received charms from a witch doctor brought them after our time of fellowship.  Pastor Simon broke the charms and we then burned them.  We also prayed for deliverance for the ladies.  This spiritual war is real.

We then went to a third church and met with the leaders.  We were able to pray with them and encourage them in their work.

We finally got a chance to eat!  What a spread!  Chicken, rice, beans, cabbage, and some good ole cat head biscuits!  In case you aren’t from the southern portion of the US, cat head biscuits are just biscuits the size of a grown cat’s head! 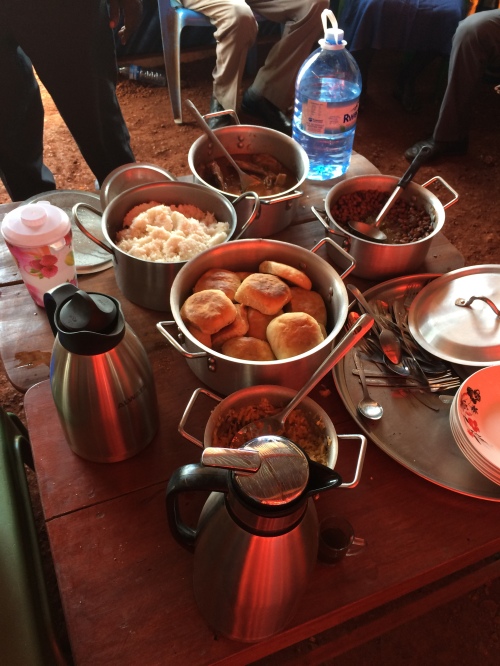 As we were talking after eating, a wonderful, refreshing rain started to fall.   It has been so terribly dry here.  Everyone is praying for better rains this growing season.

This is the nursery school that Pastor Sosthen has started.  They have almost 300 children that attend.  He has plans to add a primary school as well. 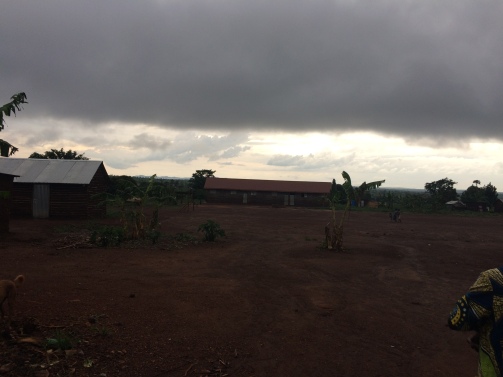 I’ll have some pictures of the cute kids in the next post!  If this laptop doesn’t end up in the Nile River!  WordPress and I are not getting along well!