On Friday, I went with Pastor David Kaya and Pastor Moses of Empower One to the BidiBidi refugee camp outside Arua. It is the largest refugee camp in the world, with 350,000 South Sudanese refugees. The drive in was typically African. I was told it would take 45 minutes and it really took 2 hours. About half of the drive from Arua is paved and other half is dirt. 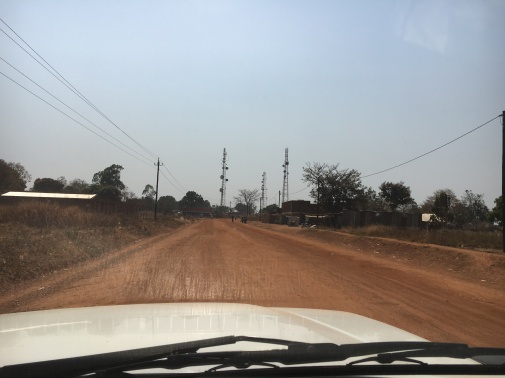 It is a mix of antiquated and new technology. Note the cell towers above. Most communication is cellular, and the outlying towers will have their own generator. Using cellular saves having to run so many telephone lines.

This is Liberty Baptist Church, led by Pastor Alfred Loboca. He is a refugee from the Kajo Keji area of South Sudan. The church has about 300 worshipers each Sunday. This is also the location of Empower One’s Bible training seminary.

EDEN is working to help supply the church with some bucket irrigation kits and the necessary training. This information and technology will then be dispersed to the pastors as they come for training.
The dorm pictured below will house 100 Bible students when they come for Bible training. Note the small solar panel on top that is used for a little bit of light.  And they are also using rainwater harvesting.  The tank is on the left.

The students will use mattresses on the dirt floor to sleep on. That is what I call a hunger to learn about God and to be trained to shepherd others!

The walls are made with split bamboo pieces and the UN supplied tarp. This is a temporary construction, but may be used as it is for some time.

East Africa Missions installed a borehole at the church. Each family contributes $500 Ugandan Shillings per month for maintenance of the well. That is about $0.14 USD. There is also a spigot at the church with water from a well put in by the Ugandan government.

About 40 of the big yellow cans (Jerry cans) can be filled per hour from the manual borehole. It is a lot of work.

This is a market area in the camp. You can see a water tank in the distance. The red kiosk is a cell provider.

This is shot of several homes. Some have constructed their native tukols (mud hut with thatch roof), while others are using UN supplied material for their home. Some have also made bricks and built a more permanent building.

As we were leaving, we stopped on top of a hill. Pastor David explained that the camp extended about as far you could see on the right and in front of us. 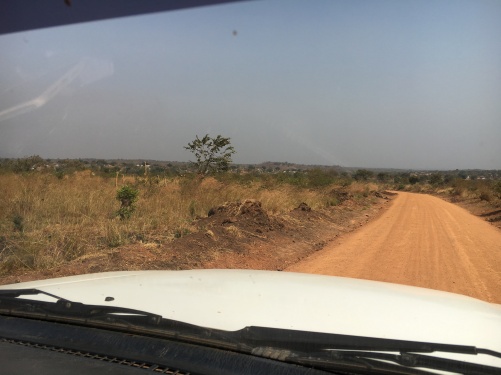 It is truly a massive place. All this land is owned by the Ugandan government and is probably not the best quality. But it is a safe haven for these war-weary South Sudanese.
Empower One is working with about 45 churches in BidiBidi. They also have 8 churches in the Rhino camp. At the Adjumani settlement, they have 20 churches. And at Moyo, there are another 45. Our participation with Empower One could help extend the drip irrigation technology and Luopad ministry to thousands. As I have said before, it such a unique opportunity to be able to reach these South Sudanese while they are located in the camps. We are excited to see how God directs our partnership.